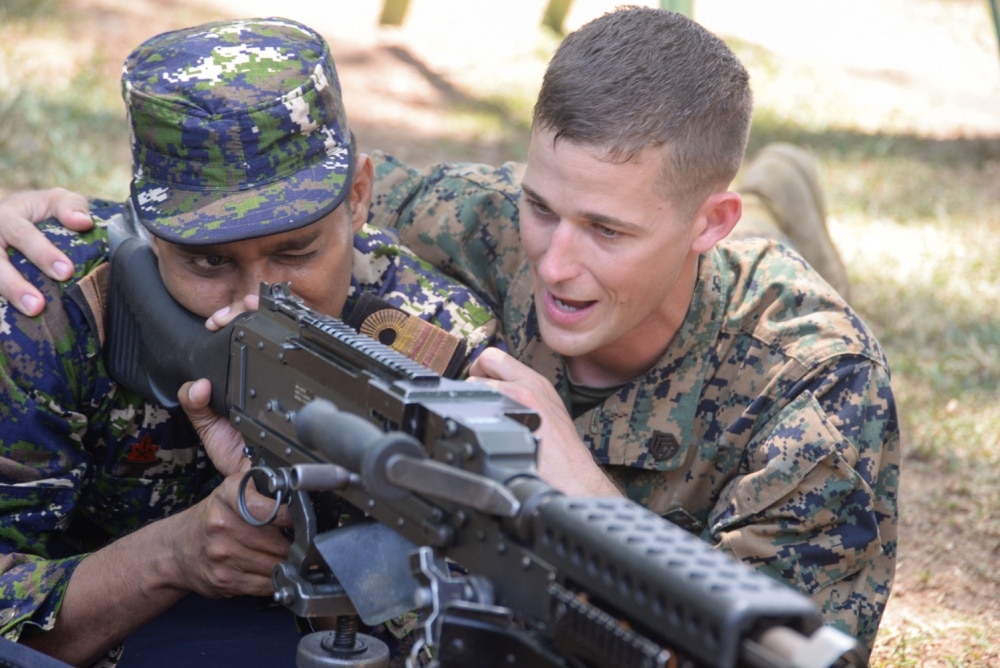 Two former NASA astronauts and military veterans were awarded the Congressional Space Medal of Honor yesterday during an event at the White House.

Jose and Amy Morenos' lives have been shaped by the experiences of themselves and their children with Arizona State University.

The Marine Corps recently activated a two-star command that it hopes will better coordinate its information operations.

Ukraine has won support from Baltic nations and Poland for its weekslong quest to obtain Western fighter jets.

US to increase weapons deployment to counter North Korea

Defense Secretary Lloyd Austin said the U.S. will increase its deployment of advanced weapons such as fighter jets and bombers to the Korean Peninsula.

The Justice Department dropped its probe of retired four-star Gen. John Allen for his role in an alleged illegal foreign lobbying campaign.

All Marines can now take nearly 3 months of parental leave

2 Marine Raiders, cleared of homicide, get no punishment for drinking