On newsstands this week 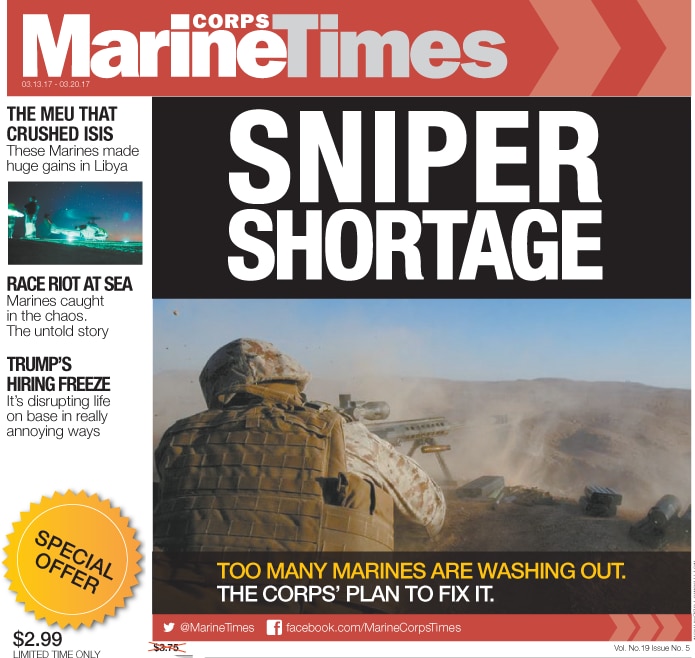 In this week's Marine Corps Times, why so many Marines are washing out of sharpshooter school.

Also in this week's edition:

You'll find these stories and many more this week at your local exchange or comissary.

The mishap occurred at Kadena Air Base in Okinawa, Japan.

“The President’s Own” United States Marine Band performed on the National Mall for the 100th National Christmas Tree Lighting.

Abu al-Hassan al-Hashimi al-Qurayshi had assumed command earlier this year after his predecessor died in a February U.S. raid.

Politicization contributing to Americans’ low trust in the military

A new survey found that it’s the actions of presidents that have predominantly caused respondents to see the Defense Department as politicized.